the familiar feel of the face 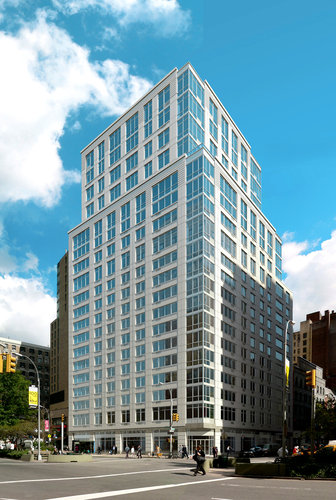 New Yorkers know and love La Caridad,
the Cuban/Chinese on the corner of 78th and Broadway. 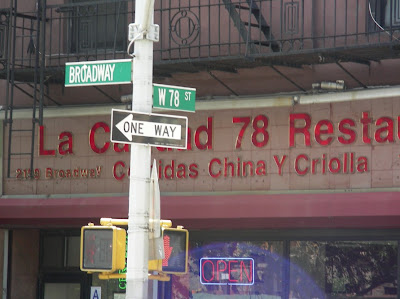 A radical construction technique is right across Broadway, something I saw first in London a decade ago. American culture evolves! 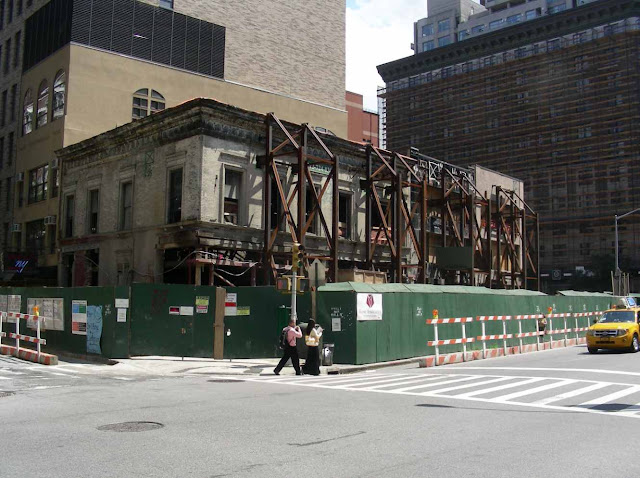 Instead of taking an entire old building down, the familiar facade is kept during demo and supported on an I-beam scaffold and then a new building is built behind it. “The Larstrand” is going up 20 stories, with 181 new apartments and 40K feet of retail space. 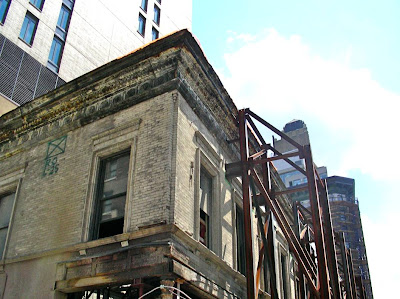 These next two photos are from London. See how the building itself is gone but the facade on the right is still standing, stabilized by the steel? 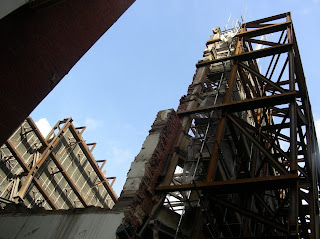 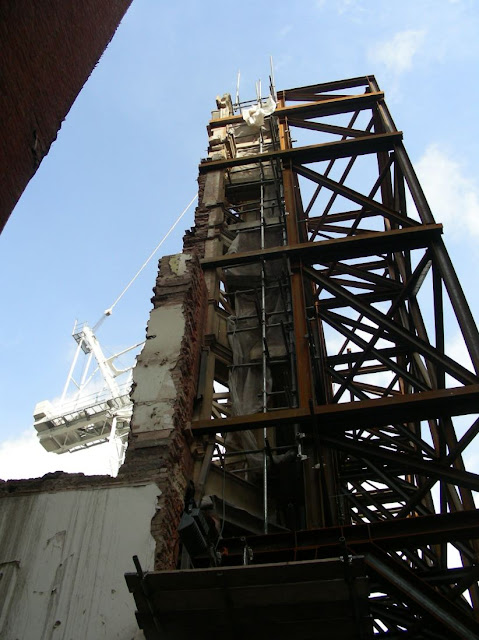 Even with a new skyscraper above, the pedestrian still perceives the same walk-by feel they’ve enjoyed forever. The real estate is developed while sidewalk level keeps the familiar feel of the face. 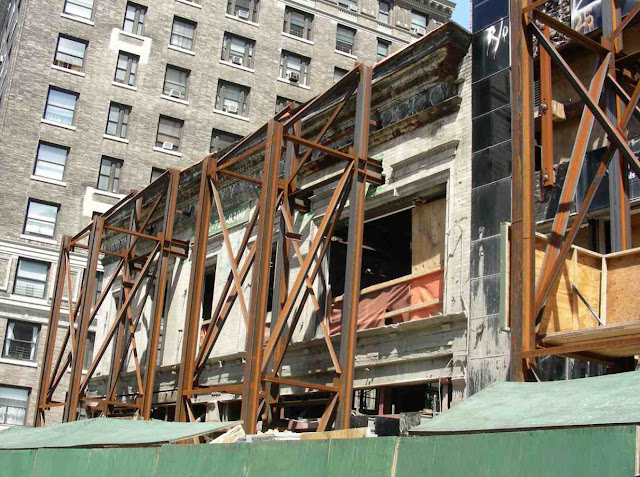 It’s a lot of extra work and it means holes must be punched through the brick so the steel can reach inside. 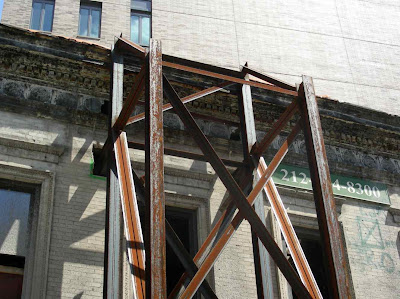 But I’ll bet it’s worth the projected $135 million. More later as the building takes shape. Thank Prince Charles, by the way. 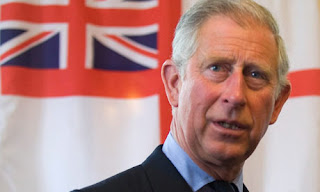 I’m serious. He first championed reuse in the UK. 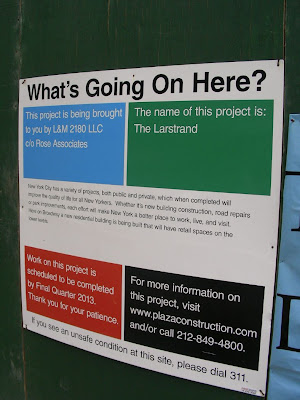