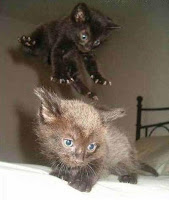 By now you all know the Russian Pussy Riot trial and the outcome, right? Last winter they burst into a fairly famous and influential Moscow cathedral using bad words and dancing to loud music to disrespect Vladimir Putin, and to call for his removal. 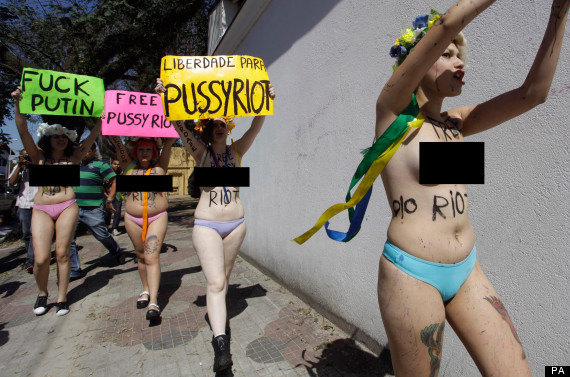 I remember, this didn’t seem wise at the time. The Kremlin and the Russian Orthodox Church are like Cheney and Sympathy for the Devil.

I can get away with that because I'm livin' in Ahmuhrika, but all three in Pussy Riot were convicted of “hooliganism” despite open support from Sting and Madonna and even Gary Kasparov, the Russian chess champ of old. 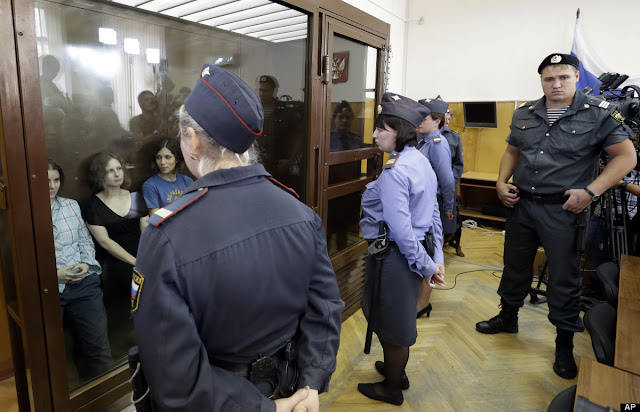 Prosecutors wanted three years, Putin asked for leniency (oh sure he did) and they got two in the Soviet Slammer. Two are Mother’s of young children. All will be gone for awhile. So I want to ask you. 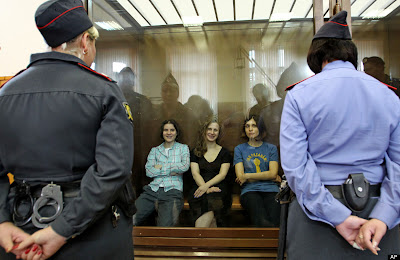 There are times in our lives when laying it all on the line might make some sense. The closest I ever came was walking towards well armed cops protesting US involvement in Vietnam, but that ain’t taking on Vladimir Putin at the height of his powers, know what I mean? Vern? 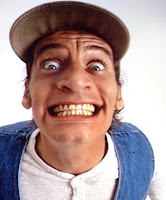