a masterpiece dying on the vine 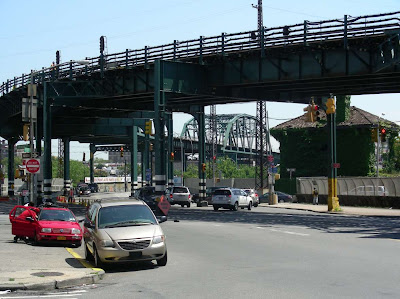 The WestChester Avenue Train Station under the Whitlock El has been abandoned for decades. 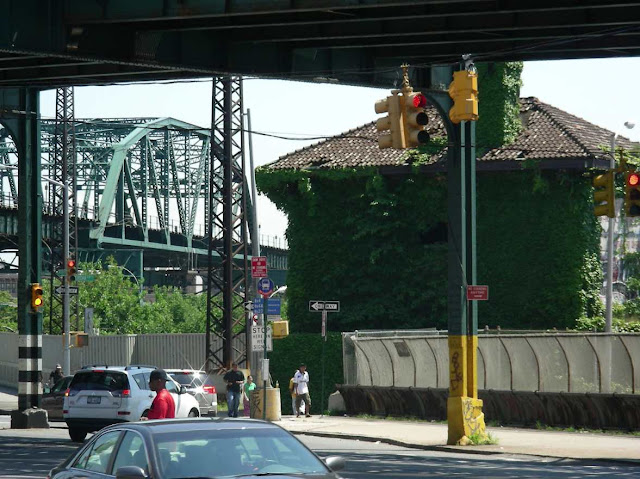 Completed in 1906 by architect Cass Gilbert, Gilbert went on to worldwide fame as the designer of the Woolworth Building in the financial district, at the time the tallest building in the world. 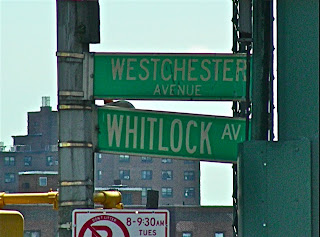 In 1909 the NYTimes architecture critic called this station “exquisite”, resembling a Florentine palace. 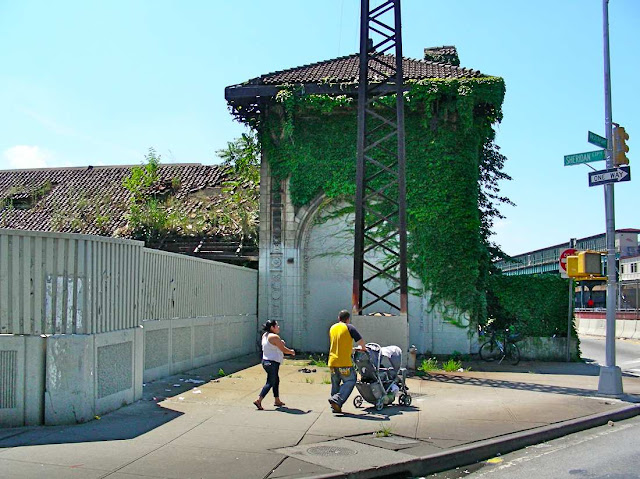 Not anymore. The station was abandoned in 1937 when the New York and Hartford Railroad ceased to operate. 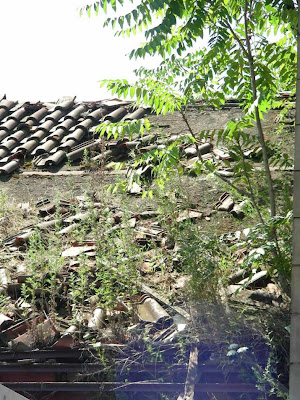 In this Google Earth view, it can be seen spanning the tracks so that both northbound and southbound trains could be accessed. 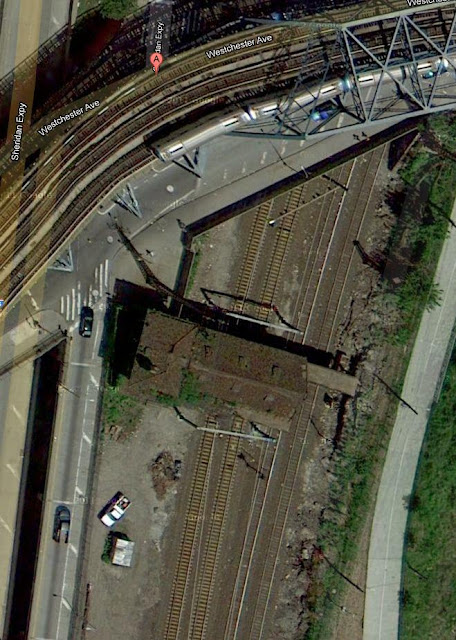 You can see in the upper right corner where the steel staircase down to the track once attached. 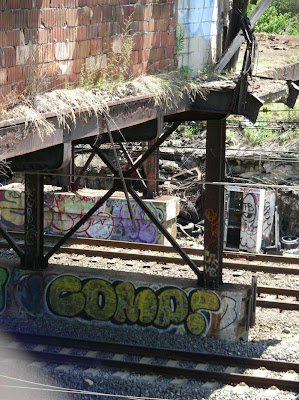 At various times it has been proposed as a possible Visitors Center with café and bike rental as a gateway to Concrete Plant Park, the reclaimed industrial complex visible on the right along the river. 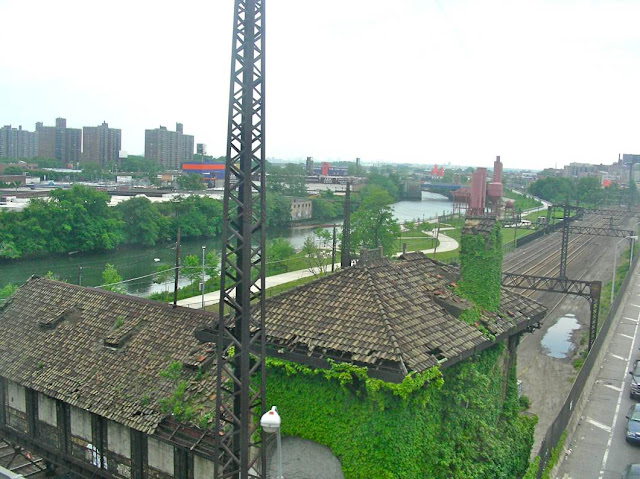 But an engineering study recently concluded “the building is too small and the necessary repairs too extensive to make restoring the station commercially feasible, it just won’t bring in enough income.” 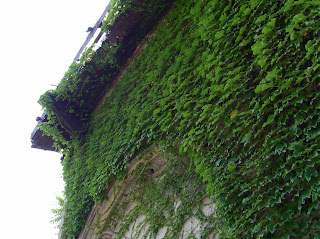 Without a restoration grant this wonderful old train station on the Landmarks Conservancy’s list of endangered masterpieces is likely to be lost to the vines. 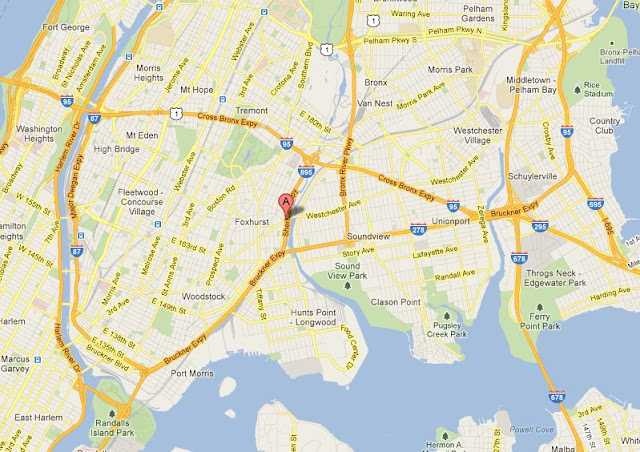 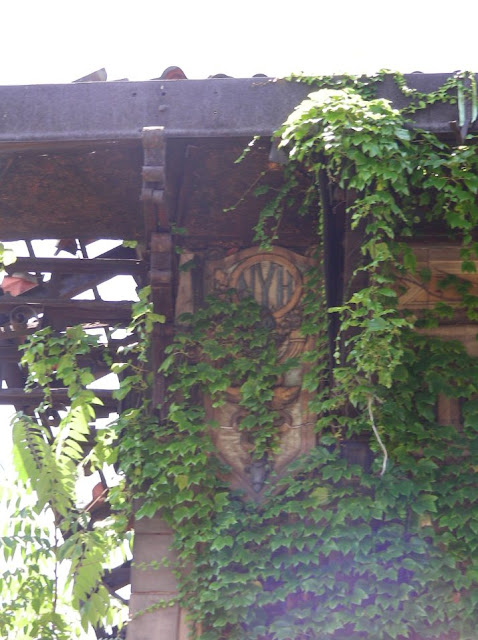