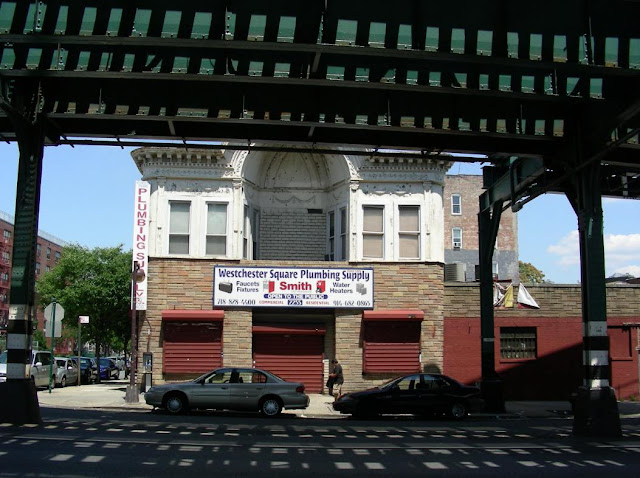 Luigi Galvani in Italy, was one of those guys
always curious and trying out stuff. 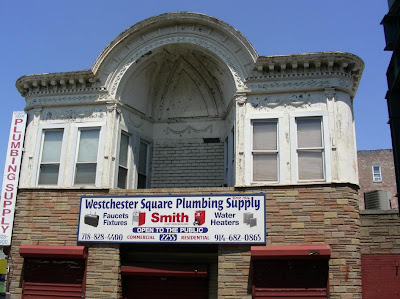 He was into electricity and was credited with being the first to notice a dead frogs leg could be made to jump with the application of an electric spark. 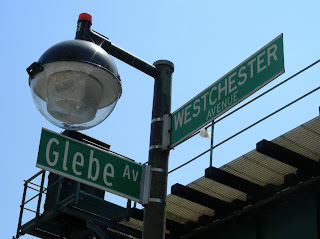 We take that neuro-electrical stuff for granted now, but in 1771 that was a scientific breakthrough. 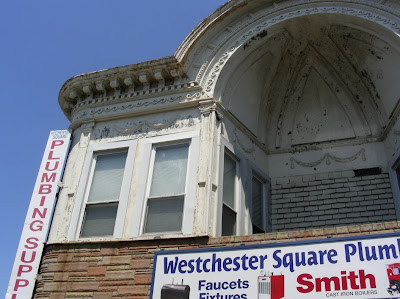 He also noticed that zinc atoms could be separated from a submerged bar of zinc and applied to steel in an electrified saltwater bath, a process later known as “Galvinization.” 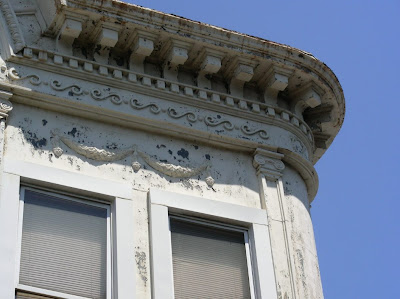 And thank goodness he did, too, or we wouldn’t have this way-cool galvanized sheetmetal cornice way out on WestChester Avenue. 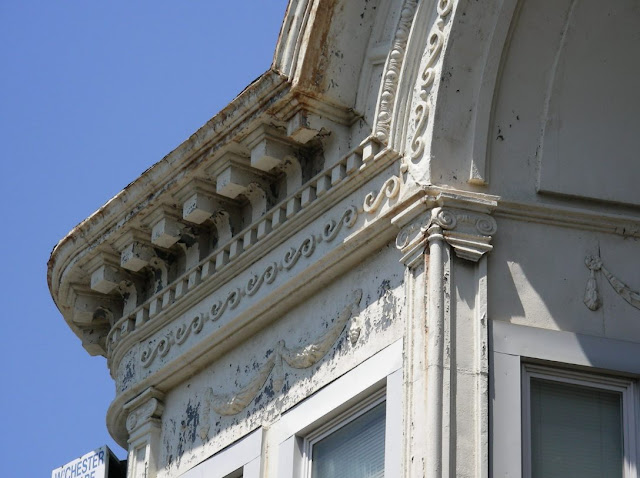 This is the cheaper alternative to copper. A zinc coating keeps the sheetmetal from rusting for awhile. So does primer and paint. 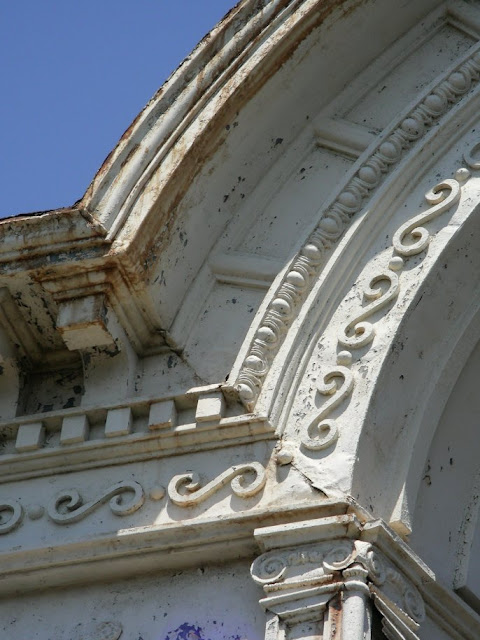 But acid rain is no friend and once the paint and primer is breached, you can see the beginning of the end. 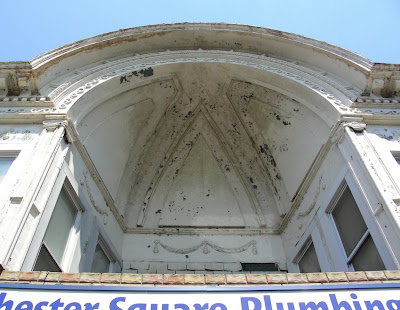 This is the MONROE Theatre, a 2,450 seat, silent movie theatre built in 1930 not far from WestChester Square. 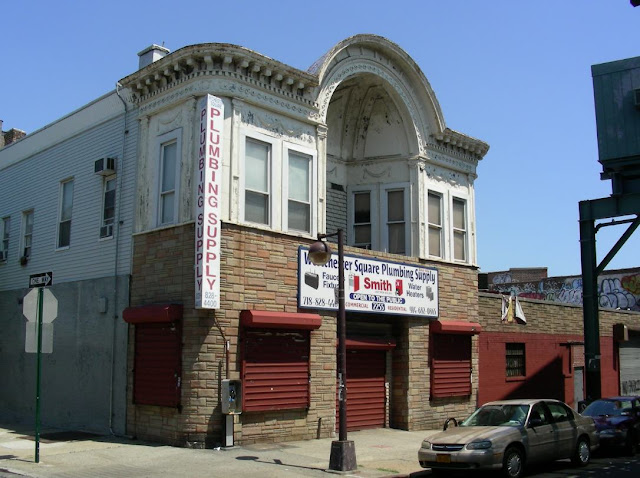 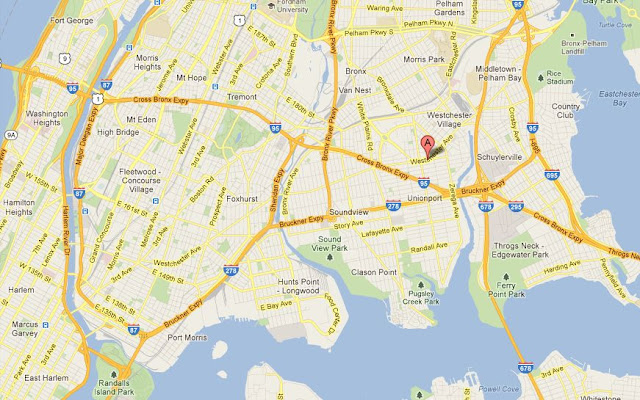