so many years ago 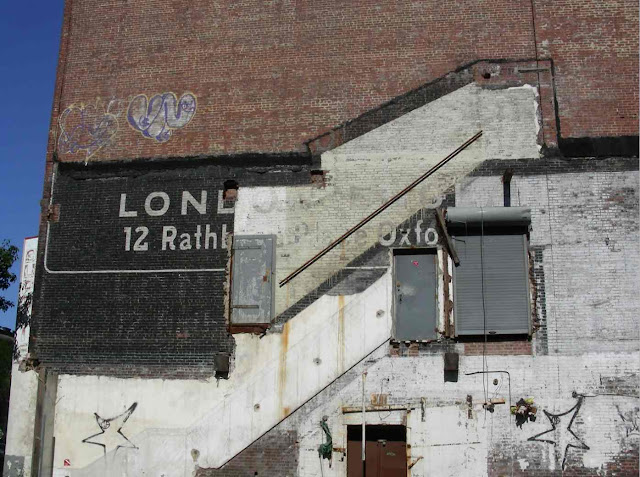 The exposed eastern face of our ClockTower along Bruckner Boulevard is an urban archeologists dream. It has stairwells and doorways punched through indicating clues to the adjacent building that has since been demolished. In fact, one of the remaining railings still hangs on the brick!
It also features a very old billboard painted right on the building that advertises an address in London, England.
Interesting, no? 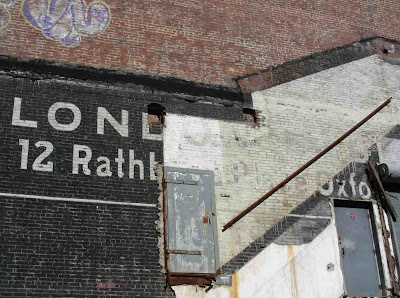 London, England, 12 Rathbone Place, Oxford is plain as day, and it obviously predates the stairwells and doors. It’s been painted there a long time.
But #12 doesn’t come up as a standalone address in London anymore,
The satellite view reveals a 12-13 address. 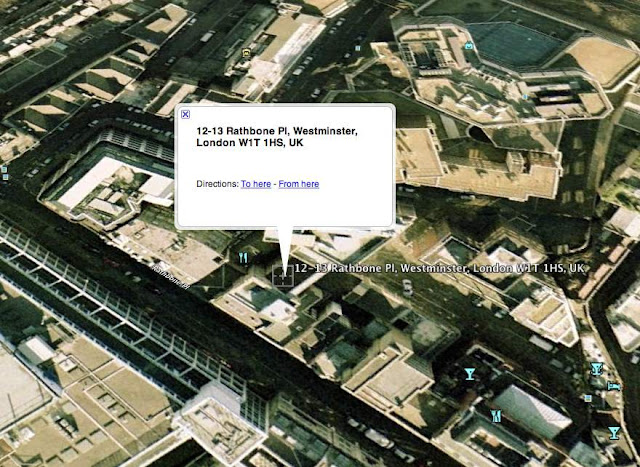 The London Bureau of CNN is at one end of the block. 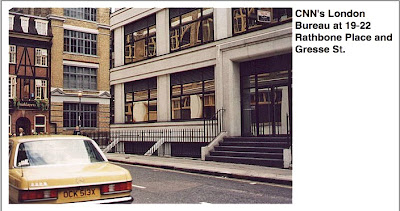 The iconic BT Tower (British Telecom) is at the other end. 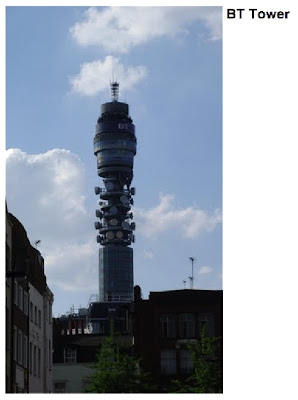 12-13 can easily be spotted in this closeup
from Google street view. 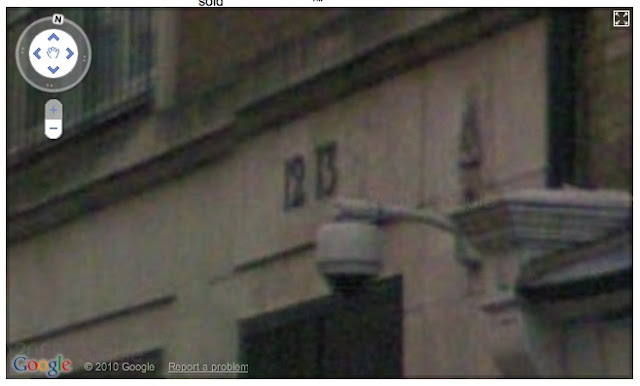 And the ubiquitous British surveillance camera is front and center as always.
But the glassy facade of #12-13 is fairly nondescript. And it doesn't appear very active. 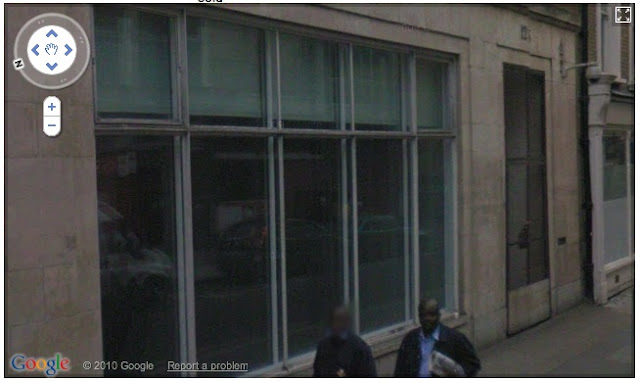 Looking north, that Subway at #14 is visible next door again... 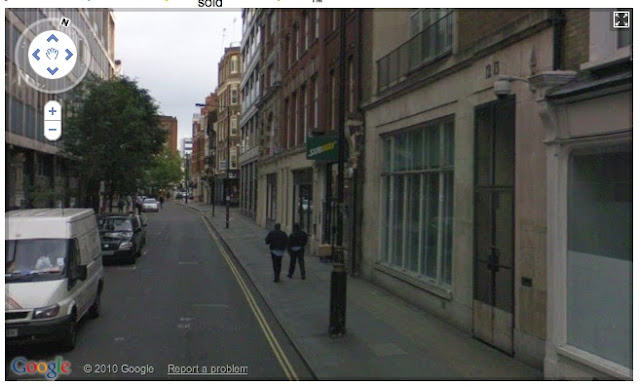 But no clue to the address or its occupants or purpose.
Probably #12 was razed years ago and the hybrid 12-13 was built in its place. The facade looks fairly modern.
Any ideas?
Does anyone know anything about #12 Rathbone Place, or why it would have been advertised on our building in the Bronx so many years ago? 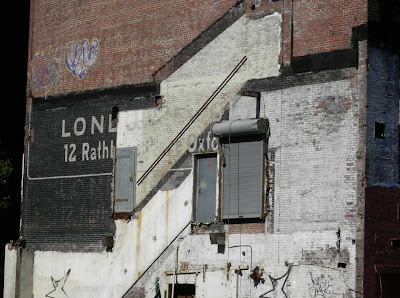