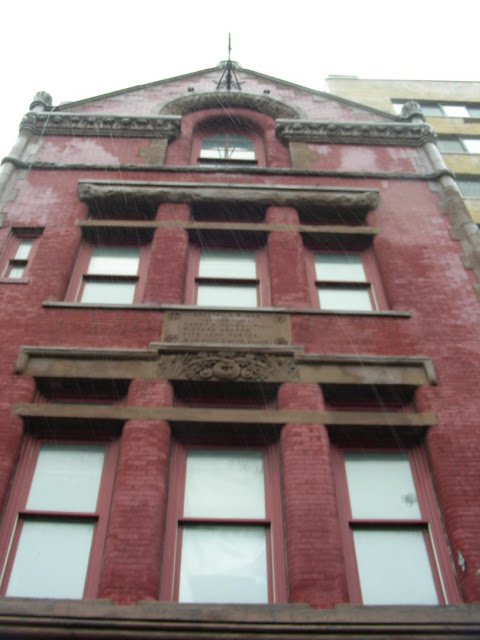 In keeping with my incomprehensible habit of shooting Romanesque architecture in the rain…
http://clocktowertenants.com/2010/09/architecture-in-pouring-rain.html
...here’s Engine 36 at 120 East 125th Street in Harlem, another Romanesque beauty but with a twist. Built as a firehouse in 1888 just two years after our ClockTower, it was designated a landmark in June 1997. 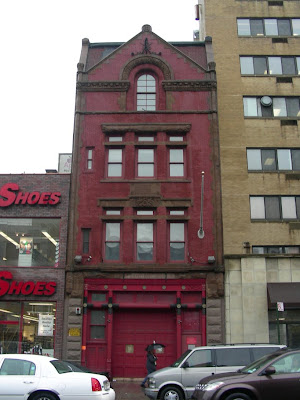 Alas, it was closed for budgetary reasons in May 2003 when it was determined that the more modern Engine 35 at 124th and Third (barely a block away) could offer neighborhood response times still below the city average. I love the nifty dragon ironwork, no doubt original. 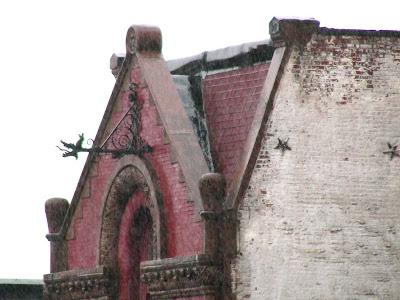 This building has all the architectural earmarks of our ClockTower including the show-off brickwork, the round top window and the inlay bas-relief detail, but with a distinctive difference. True Richardsonian Romanesque features cast-terracotta detailing but Engine 36’s detail is in carved stone, a forward-looking departure that anticipates the neo-classic era about to take over and continue through the turn of the century, all the way through World War One. 1914-1918.
That progression can be seen here from right to left: 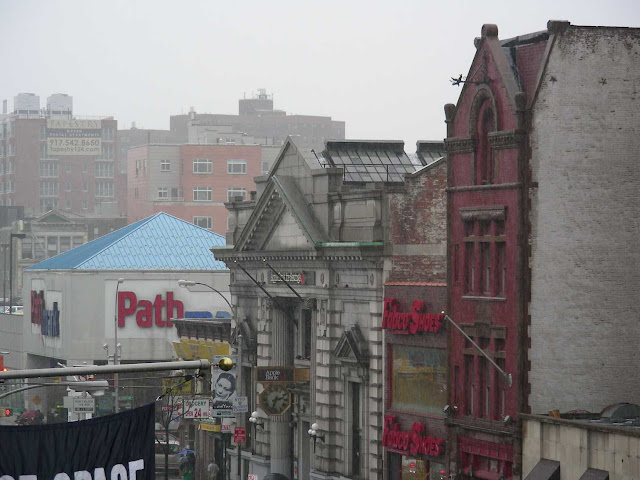 Engine 36 from 1888, then the Apple Bank built by the Harlem Savings Bank in the neo-classic style in 1908 for $350,000 (!), then the $14.5 million dollar Pathmark begun in August 1997 as part of the federal government’s $300 million dollar “Empowerment Zone” initiative, targeted at spurring private industry in Harlem.
Do you have some cash lying around? 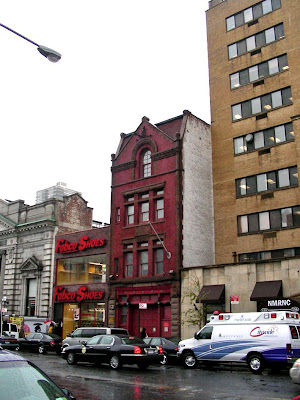 The City Planning Commission approved disposition of Engine 36 on April 9, 2007. Anyone with the funding and acting within landmark and local zoning laws can purchase and reuse the building for private interest. At the moment, this wonderful building sits empty and unused. 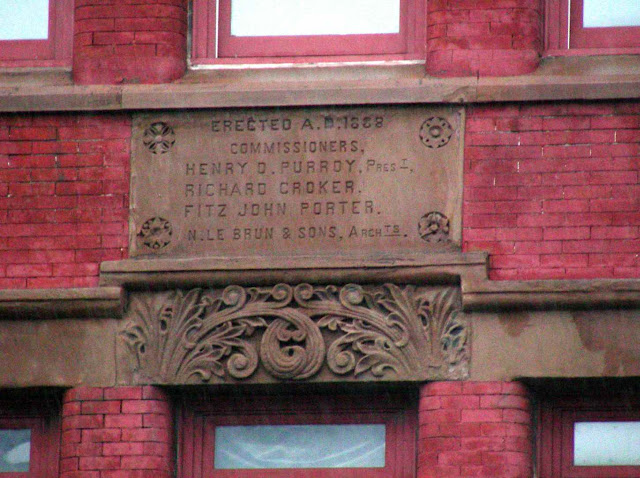